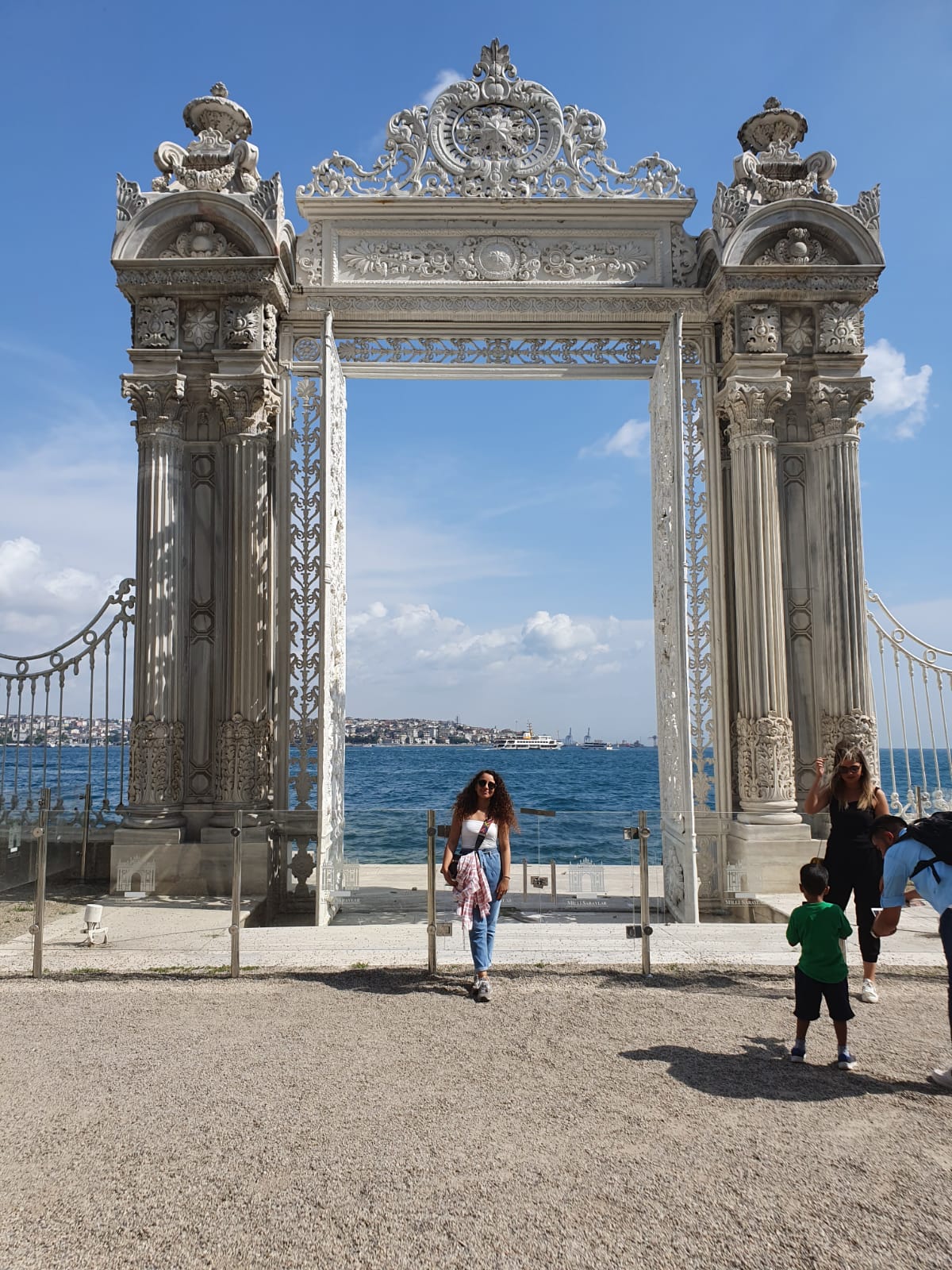 I want to talk about the magnificent structure I went to many times in this article. I went there in this summer for the first time after many years. When I look more conscious i said Dolmabahce is difinitely more awsome than Opera Garnier in Paris. I think, we have a more beautiful places than most flashy places in europe which are Sistina Chapel in Vatican, Duomo Cathedral in Milan. But we can’t promote it. Now let’s give some information about Dolmabahce Palace.

HISTORY OF THE DOLMABAHCE PALACE

This magnificent building, located on the edge of the Bosphorus, was built by Abdulmecit I between 1843-1856.
One of the most popular architects of the period, Garabet Balyan and his son Nikoğos, who were of Armenian origin, combined traditional Ottoman architecture with western-based approaches such as Rococo, Baroque and Neo-Classical.

The palace, which was quite flashy, forced the collapsing Ottoman economy.
It’s cost 5,000,000 gold. It also has the largest palace ballroom in the world. After the completion of the palace royal people moved here from Topkapi Palace. It became the administrative center of the Ottoman Empire until 1924.


The palace served as the Presidential office between 1927-1949.
It was opened in 1984 as a museum-palace. The palace has 285 rooms and 43 lounges. If we come to another spiritual value for us, this is the place where Atatürk passed away. Let’s take a look at the parts of Dolmabahce Palace. The main building of Dolmabahçe consists of three parts: Selamlık, Ceremonial Hall and Harem-i Hümayun.

Tickets are sold only at the entrance. You can’t get it from the internet and there are 3 ticket price type

At novemer 10, Palace is free due to Atatürk’s death anniversary.

Palace is closed on mondays.

HOW TO GO TO DOLMABAHCE PALACE?

How to go to Dolmabahce Palace from Taksim? Public transports in Istanbul